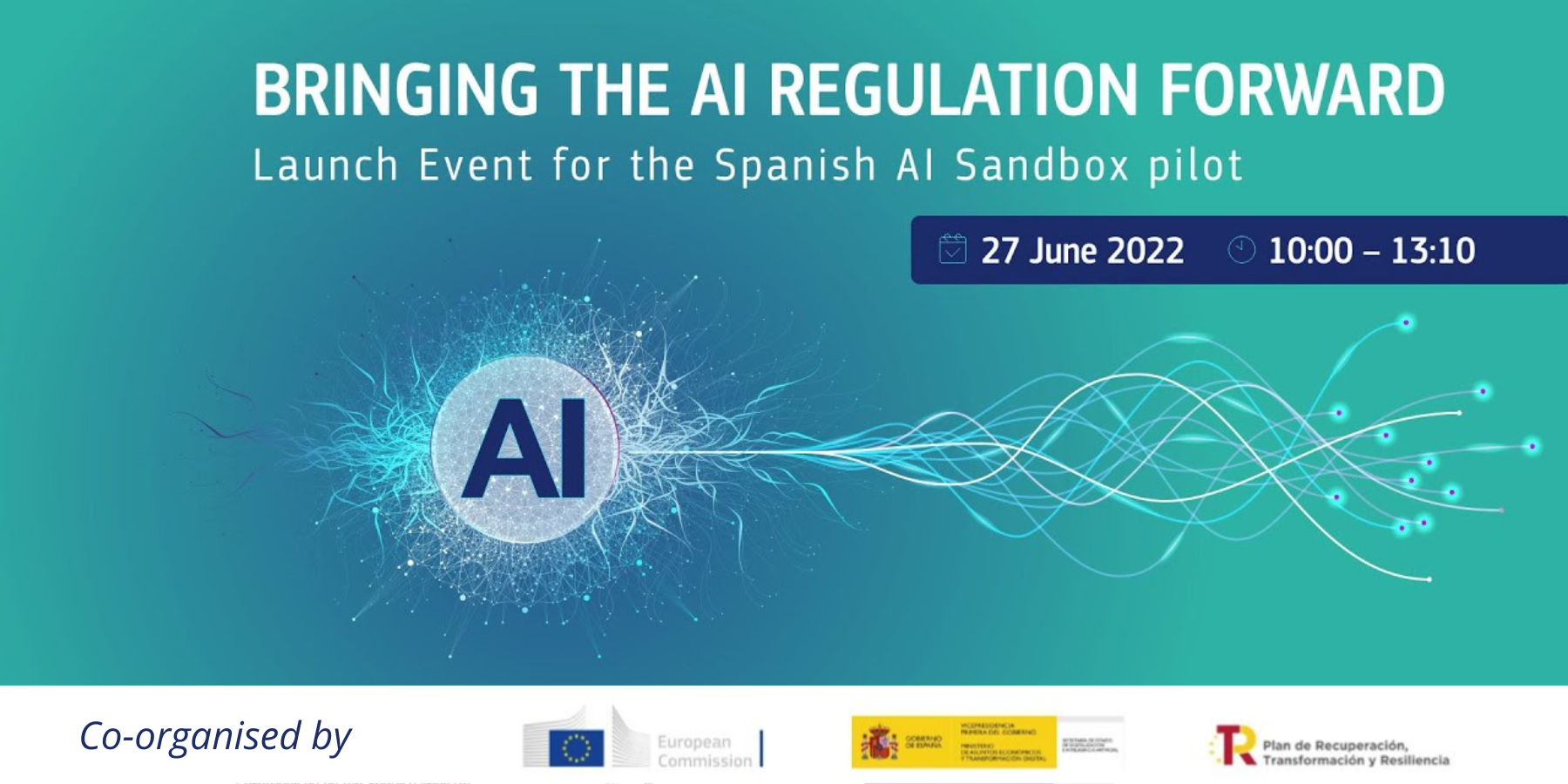 In April 2021, the European Commission presented a Proposal for a Regulation laying down harmonised rules on AI. While the legal text is being negotiated by the European Parliament and the Council of the EU, the Government of Spain will deploy an AI Sandbox to put the proposed requirements for high-risk AI systems into practice.

The Spanish AI Sandbox will provide practical experience through applying the various features of the proposal to specific AI projects (e.g. requirements, conformity assessments and certain post-market activities) and making guidelines, toolkits and good-practice materials accessible to all. Such actions are expected to be useful for the development of harmonised European standards and the other preparatory work at national and EU level.

On 27 June 2022, the Government of Spain and the European Commission are organising an event on “Bringing the AI Regulation Forward”. The event aims to launch Spain’s pilot for a Regulatory Sandbox on Artificial Intelligence (AI) and will be transmitted online via web streaming.

The day will be opened at the highest level by the European Commissioner for the Internal Market Thierry Breton and the First Vicepresident of the Government of Spain Nadia Calviño. The Spanish Secretary of State for Digitalisation and AI Carme Artigas and the Director General of DG Connect Roberto Viola will together present the Spanish AI Sandbox and the envisaged European framework.

Artificial Intelligence is a priority for Spain and for Europe. The regulatory sandbox piloted by Spain, aims to create the conditions for a smooth implementation of the future regulatory rules applying on the field. The sandbox will facilitate the testing of specific technical solutions and compliance procedures while at the same time supporting companies and especially SMEs to avoid uncertainty and unnecessary burdens.

The piloting process is expected to set up an operational framework for all interested organisations and create synergies with other national initiatives. Other EU Member States are encouraged to join or follow up with similar initiatives with the goal of creating a pan-European AI system of sandboxes.

The event takes place in Bruxelles, but can be followed also online via webstreaming.